Why I Dislike Dave Ramsey 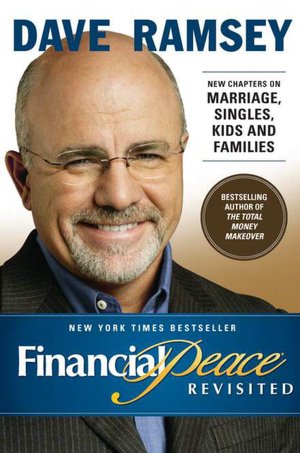 My husband is a big fan of Dave Ramsey.  He can quote him.

I am not. I tend to loath him.

My husband has tried to talk me into going to the Financial Peace classes and I am always dragging my feet.  Seriously? 13 weeks of talking about MONEY? I think this is some sort of cruel torture.

When our church had yet another Financial Peace class offered, I knew that Jake would ask me again, I would give him “the look” and tout a million reasons why we couldn’t or didn’t need to but then I thought about how happy he would be.  I found out some of my best friends were taking the class – one of my friends is a therapist and she and her husband signed up – so I figured this would be a good class to take.

We would require therapy and Renee would know why so that would help.

Jake’s eyes shown brightly as I dropped the check in the offering plate.  He was nearly walking on air.  He finally was going to get me to change.

I had a pit in my stomach for weeks leading up to class one.

When class one rolled around, I let everyone know just how much I was dreading this.  You see, Jake has always wanted to be a millionaire.  And then he married me…and we promptly had four boys.  That sorta is a “money hit”.  He has planned our lives around much of what he has learned from Dave over the years listening to his radio program.  He can literally quote his answers before Dave gets to it.  I am the one who pays all the bills.  I balance the checkbook and we have this system – I pay it, he doesn’t see it and we all get along grandly.

That was all about to change.

At the end of Class One, Jake was nearly jumping up and down with joy.  “We get to budget, won’t this be fun?”

Jake was working a ton and I was sitting at football practice at the time so I committed to this, “If I am going to take this class, I am doing it all the way”.  I read the book.  It is lined with my smart aleck comments.  I read it very critically.  Very very critically.

I did all the homework.  And about three weeks in I looked at Jake and said, “Hey, you wanted to take this class, we better get busy and actually DO this class,” and so began the first budget meeting.

It went better than I thought it would.

We didn’t even fight.

Did you read that last line?  We. Didn’t. Even. Fight.  Jake pretty much nearly had a heart attack when he heard our grocery bill until he realized we were living on five dollars a day per person for our entire grocery bill.  If anything, he might have admired me a little.  At least I hope so.

People would see me with the Dave Ramsey book and cringe.  Then they would say, totally shocked, “You are taking that class?”  I would nod. “What do you think?” they would immediately ask because they knew I would tell them exactly what I thought.

I told them I was shockingly enjoying it.

We finished the class Sunday night.  It was a nine week class, but some friends who have taken it before are hoping to get one of the videos from the 13 week class videos for us to watch because they enjoyed it so much.

I am not a fan of the envelope system because it’s hard to put the cash in an envelope so you can put it back in the bank so then you can pay a bill.  We don’t like that at all so we are trying to figure that out.  But as far as us sitting down and talking about our money, well, I never thought I would end a conversation about money and bills with my husband and actually grin when we were done.  We talk about money and for the first time in 15 years it is not a stress or argue point for us.

I recently sent a text to him that read, “I just finished paying bills and actually missed you while I worked on them. What have you done to me??????”

We have a long ways to go yet, but at least we are aware of WHERE we are going.  I have informed my husband we are not going to become one of those crazy people either….I think enough of you out there know what I mean by that.

Which gets me to my point…why I dislike Dave Ramsey.

I dislike Dave Ramsey because after all this time of loathing him, I actually found out that he isn’t all that bad.  The things that my husband would say, “Dave Ramsey said we should do this and this…” well, he DID say you should do those things after you did a bunch of other steps that we hadn’t completed yet.  I read the book and found that out and I might have pounced on my husband about it.

Not like I didn’t have years of pent up anger or anything on that subject.

As it turns out, we didn’t need therapy.  We took the class with a genius with money (who happens to be the therapist’s father), one of my best friends who went through a job change and host of others and we actually had a good time.

So, again, why I dislike Dave Ramsey….

Because now I have to eat a ton of crow.

I mean, like a ton of crow.  Because our pastor asked us – um, yes, US – to teach the next class.

I feel this is Dave getting back at me somehow.

Anyhow, I never ever ever ever ever thought I would say this, but, if you would like a good class on money, look at Dave Ramsey’s Financial Peace University.  I actually recommend it.  A lot.

155 Responses to Why I Dislike Dave Ramsey