He Stood Up For His Values

By life4boys On March 8, 2012 · 11 Comments
Yesterday at school my son stood up for something he believed in.
And I am so proud of him for it. 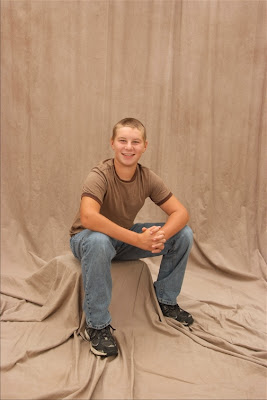 Heard of the movie The Lorax?

Pretty hard not to.

Our school is decorated cutely with silly Dr. Seuss trees and flying Seuss birds.  The little boys came home bearing some sunflower seeds and some sort of official looking paper that said they had taken the Lorax pledge or something another.  I honestly didn’t pay any attention to it because they were just happy about the seeds.

Yesterday S1 came in rather glum.

“What’s up?” I asked as I scooped them out some special dirt cake we made on Oreo cookies birthday.

He’s had a rough year at school.  Keeping in mind what Sue said on the Real Mom’s of West Michigan Tuesday, I reminded myself to just listen to what he was about to tell me.

“Tell me about it,” I encouraged.

He then explained to me that the teacher had asked the class to sign a Lorax pledge.  He didn’t care to sign it, he could care less about the seeds they were giving out since we would have plenty of seeds to plant this spring anyhow, and so he didn’t sign it.

He didn’t make a big deal about it.  He just didn’t sign it.

I would have been proud of him for that.

But then the teacher asked him why he didn’t sign it.  He just shrugged and said it wasn’t something he agreed with.

The teacher then pulled him out of class and explained to him what it was.  S1 still didn’t want to sign it so he just told him he wasn’t going to.  And then my son went back to his school work.

Over the course of that day, the teacher pulled my son out of class FOUR times.  Yes, four.  He told him he didn’t need to be so black and white on things.

But what got my son right to the heart was when the teacher said, “Don’t you read your Bible?  Don’t you think we should take care of the earth?”

And my son, he looked right at his teacher who is in authority over him, and was brave enough to say, “I don’t want to sign something that is making a bigger deal over creation then the Creator.”

I nearly cheered when he told me that.

He had left the school feeling beat up but he left with his head held high.

And I am insanely proud of him for doing so.

My quiet 12 year old son who is growing into a little man already, who is nearly as tall as me, who quietly does his work and is a huge help to us all, who has decided to read his Bible in a year and has kept up with that schedule…I am so proud of him I am crying as I type this.

He asked us not to make a big deal of it.

But when I seen MobSociety ask for a linkup for Let’s Hear it For the Boys, I couldn’t resist sharing this story.

11 Responses to He Stood Up For His Values